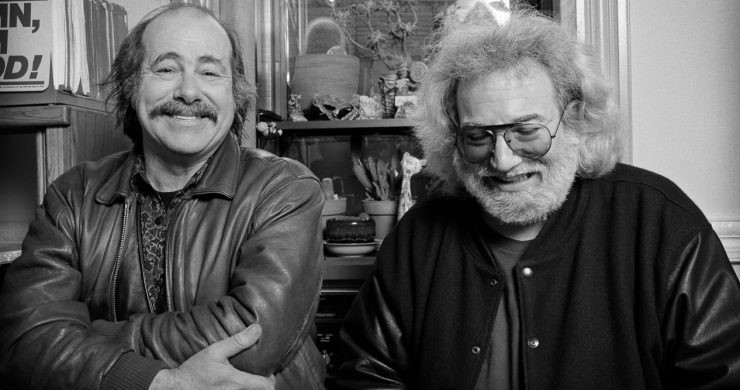 On Monday, September 23, we lost music legend Robert Hunter. He was 78. Hunter was an integral part of the Grateful Dead’s long and storied legacy. I first experienced the Grateful Dead live at age 14. Today, so many years later, their music and magic continue to inspire me, comfort me in difficult times, and connect me to life’s soulfulness.

I know that some of you share the same appreciation for Grateful Dead music that I do. I also know that their music does not resonate as much—or at all–with others.

I’m not here to talk you into listening to their music (although, if it feels right…). I am here to reflect on seven things I have learned from Hunter and Jerry Garcia’s long partnership.

It’s not enough to be the best at what you do. You must be perceived as the only one who does what you do. ~ Jerry Garcia

Rolling Stone magazine wrote of Robert Hunter: “His lyrics—heard in everything from early Dead classics like ‘Dark Star’ and ‘China Cat Sunflower’ and proceeding through ‘Uncle John’s Band,’ ‘Box of Rain,’ ‘Scarlet Begonias,’ and ‘Touch of Gray’—were as much a part of the band as Jerry Garcia’s singing and guitar.”

The Grateful Dead’s poet and lyricist Robert Hunter met Jerry Garcia in 1960 when both were not quite 20 years old. Initially they met through their (at the time) girlfriends; a year later, they bonded over the losses of their fathers.

Garcia had many talents: He was a singer, composer, and guitarist creating a catalogue of timeless tracks; he was a leader inspiring a global counter-culture movement; and he was a connector of millions of people through his experimental exploration and his 2,314 performances during his 35-year Grateful Dead career. Over this time, the band sold 23 million tickets to its dedicated fan base of Deadheads.

What Garcia was not was a lyricist, but Hunter was. This is where the two found partnership: Hunter’s words and Garcia’s voice and guitar. Together they established and nurtured one of the longest and most successful musical collaborations in history. Hunter’s lyrics spoke to Jerry’s musical senses and communicated beautifully what was already in his heart and soul. This connection came through in Jerry’s songs. Just before Jerry’s death at 53 in 1994, The Grateful Dead were inducted into the Rock & Roll Hall of Fame.

Through the decades, Hunter and Garcia blended words and musical composition to inspire a global, free flowing counter culture movement and create a legacy that few partnerships get to experience. What was it that made them so great together?

Here are seven lessons I learned from their lifelong partnership.

How will you choose your collaborator and what will you create together?

There is a road, no simple highway, between the dawn and the dark of night, and if you go, no one may follow, that path is for your steps alone.~ Robert Hunter